The ASUS ProArt Creator is jam packed with the latest technology, including PCIe 4.0, 10Gb LAN, Thunderbolt 4 and Wi-Fi 6. It is also completely fanless, meaning it is now possible to use AMD’s X570 chipset in a complete passive system. 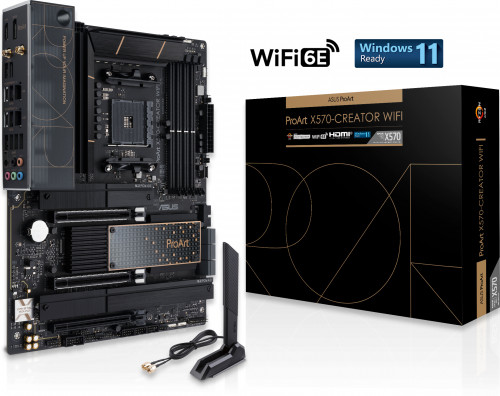 ProArt X570-Creator WiFi perfects the art of performance, empowering creativity and maximising the computing power of the latest AMD Ryzen processors with powerful hardware and software, efficient cooling and lightning-fast connectivity, including Thunderbolt 4, 10 Gb and 2.5 Gb onboard Ethernet and WiFi 6E.

A comprehensive array of powerful I/O ports — including two Thunderbolt™ 4 ports plus 10 Gb and 2.5 Gb Ethernet ports— enables quick data transfers and extensive storage options with flexible, hassle-free connectivity. Each Thunderbolt 4 port delivers up to 40 Gbps of bidirectional bandwidth for the latest high-speed devices and drives. Thunderbolt 4 also supports up to two external 4K displays and extends PCIe bandwidth to up to 32 Gbps.

ProArt X570-Creator WiFi boasts an optimised power design layout and the memory performance needed to handle the prodigious power of the latest AMD Ryzen processors, enabling the most demanding multithreaded tasks such as 3D or video rendering and software compiling. 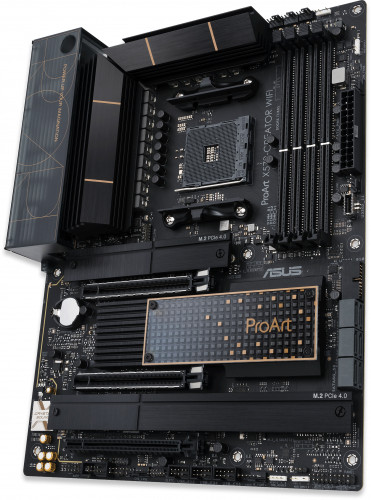 ProArt X570-Creator WiFi is engineered and rigorously tested to offer superior quality, stability and compatibility to ensure that it empowers creativity for years to come.

ASRock B550 EXTREME4 AM4 ATX Motherboard

I have purchased from “Quiet PC” before …

I have purchased from “Quiet PC” before and had no doubts in using them again. I phoned up one of the engineers as I wasn’t going to use this “quiet fan” for a pc. I needed one to keep my amplifier for my radio transmit ions, which in its self had to be an extremely quiet running fan so that the fan noise wasn’t transmitted with my voice. The engineer suggested a few options that were possibly be better for me and my purpose and I have to say he was smack on. The fan I bought is incredibly quiet to the point that I had to hold it up close to my ear to actually hear it running. Perfect for my audio transmit ion purposes. This model even comes with multiple adaptors/cables and a power reducer to drop the input voltage if required, and extension power cord, and various adoptions. I couldn’t be happier. Brilliant service and very quickly posted well packaged too. Thank you.
(Review via Trustpilot)