This is a 28” 4K UHD monitor with a 3840 x 2160 resolution, thanks to a high quality IPS panel that features HDR10, 5ms GTG response time and FreeSync for those looking to work or game at 4K.

The 28-inch 4K UHD (3840 X 2160) IPS panel of TUF Gaming VG289Q gives you four times the pixels of similar-sized Full HD 1080p displays so you get more detailed images when playing games or watching movies, as well as more onscreen desktop space for your various work windows. It draws you into immersive virtual worlds, with greatly-textured elements and terrain maps that boast impressive levels of detail.

VG289Q supports HDR technology across a range of luminance to deliver a wider colour range and higher contrast than traditional monitors. The brightest whites and the darkest blacks bring out details like never before. It also delivers DCI-P3 90% colour gamut and contrast performance. 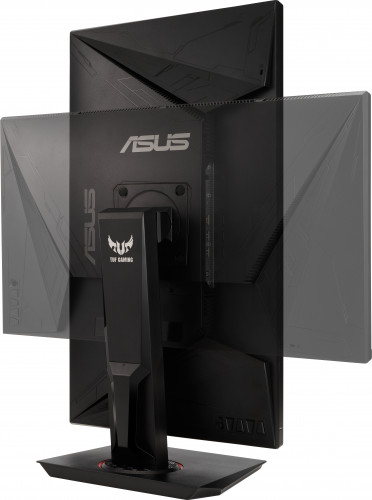 With an ergonomically-designed stand, TUF Gaming VG289Q provides tilt, swivel, pivot and height adjustments so you can easily find your ideal viewing position. The display is also VESA-compatible for wall mounting.

“I’ve been meaning to replace my linux computer for some time now (it was starting to get noisy). Each time I looked for quiet components, quietpc was always on the first pages of google, to the point that it seemed spammy. Either they had the best SEO guys or maybe an actual good product.

Anyway - I looked at the components they suggested, did the math and it wasn’t worth it (at all) to buy them and assemble the computer myself. I did that a couple years ago and the times of easy assembly are gone - it really takes some time to install all this copper.

So well, I finally placed an order. A nice computer, with no SSD or HDD because I wanted to just plug what I had from the previous machine (yes, in linux you can do that and it usually works, no drivers issues as would happen in Windows). It arrived via UPS after a week or so. I plugged the SSD+HDD (took me around 30 minutes, because these non-standard cases require around 12 screws to be removed, then you need to be careful with the disk tray, there isn’t a lot of room for cables...), powered it on, and it worked right out the box.

So now, a week later, my silent computer has been running for a week 24x7, no issues whatsoever, other than the fact that I can hear the HDD. No fix for that I guess, until they sell 2 TB SSD at a reasonable price.

Only very minor issue is that there was a bit of dust inside the computer when I opened it.”