Tune It Your Way

Comprehensive controls form the foundation of the ASUS Prime series. The Prime B460 motherboard packs flexible tools to tune every aspect of your system, enabling you to tweak performance settings to perfectly match the way you work – maximising your productivity.

Prime B460 series features comprehensive cooling controls that are configurable via Fan Xpert 2+ software or via the UEFI BIOS. Each fan header can be set to monitor and react to several thermal sensors, and via Fan Xpert 2+ you can even assign a sensor to monitor the temperature of supported ASUS graphics cards — for optimal cooling during GPU or CPU intensive workloads.

Build on a Solid Foundation

Prime B460 series is built to handle the additional cores and increased bandwidth of 10th Generation Intel Core processors. A B460 motherboard provides all the fundamentals to boost daily productivity, so your system will be ready for action with stable power, intuitive cooling and flexible transfer options. 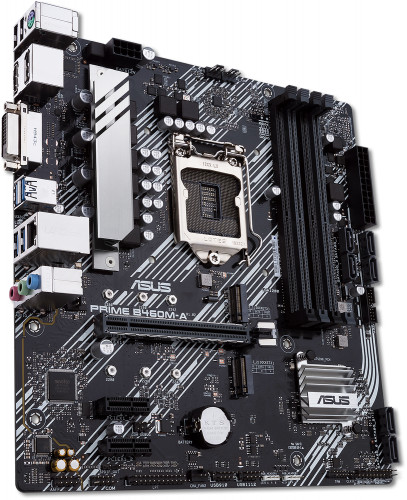 Prime B460 series adds the nuanced details that improve every experience, from exclusive codecs that provide pristine audio quality to intuitive RGB lighting controls that let you customise your system to create a uniquely personal look.